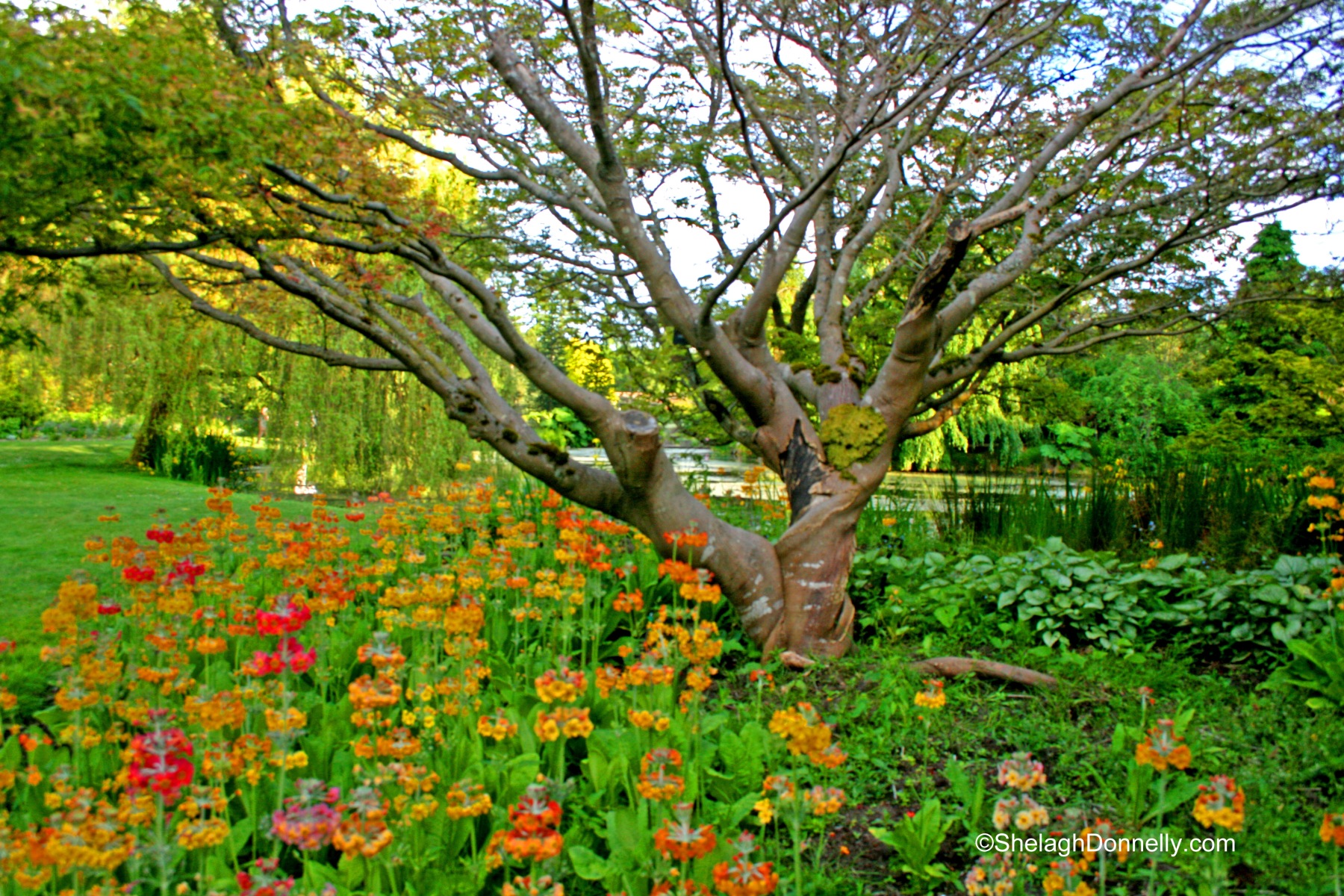 Yesterday I took you to West Vancouver’s Whytecliff Park, and the stark beauty of a windswept tree. Today, we have another tree that’s almost bare, but surrounded by what seems to be a stream of colour emanating from Heron Lake. 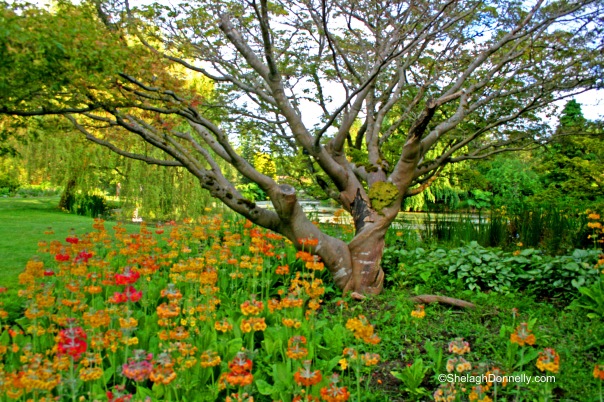 Van Dusen Botanical Gardens, snug in Vancouver’s west side, is home to four lakes, a number of ponds and  more than a quarter of a million plants nestled in 22 hectares/55 acres.  Some of the gardens may seem familiar even if you’ve never been to Vancouver, as movie and other crews film here.

Van Dusen is a relatively young concept. The lands were owned, a century ago, by the CPR (Canadian Pacific Railway); investors and Canadians may recognise the CP name, which is the subject of media coverage regarding its lands along what’s known as the Arbutus Corridor. After the Shaughnessy Golf Club concluded its lease of almost 50 years,  CP proposed a housing development; the concept was unpopular with many, and Whitford Julian Van Dusen and others formed a botanical association in 1966.

Ultimately, civic and provincial governments contributed,with assistance from Van Dusen and the Vancouver Foundation, to funding to purchase the property, and the garden opened in 1975. Entry is by admission or membership fee and, while a splashy, orchid-shaped and LEED Platinum-certified Visitor Centre opened in 2011, it’s the seasonal beauty of the plantings I most admire.