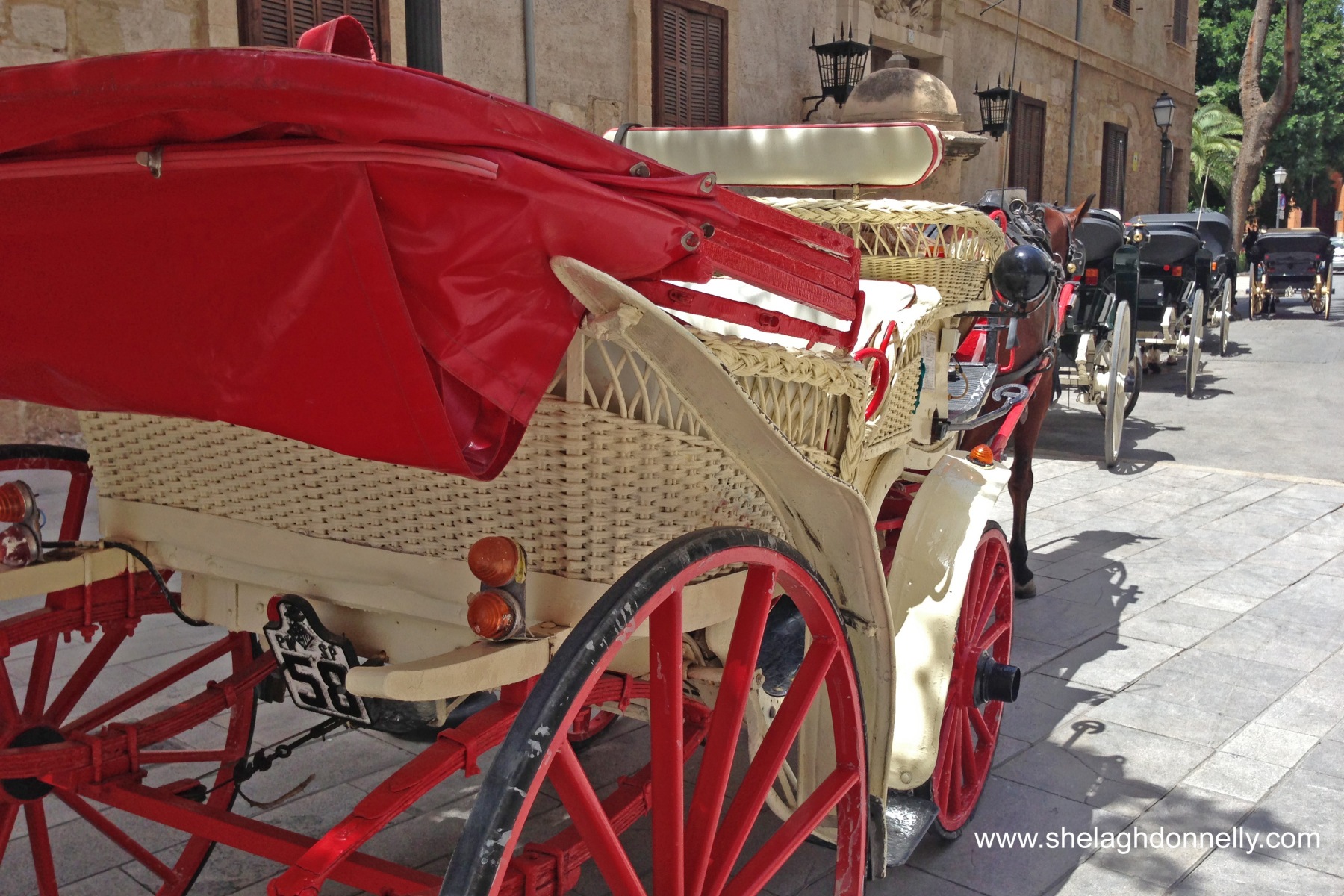 Ah, the romance of a horse-drawn carriage ride. In Seville. Sounds romantic, yes?

Planning a not so long ago trip to New York City, I had the misguided notion of planning a carriage ride through Central Park. Speaking with an NYC acquaintance about her observations and perspectives on treatment of the horses, though, rid me of any such desire.

Others may have better insights than this writer as to practices in other cities and countries. Right or wrong, glimpses in some older cities we’ve travelled in Europe offer a perception of animals generally less festooned in plumage, and travelling less crowded streets than are found in some large cities.

Approaching our hotel entry the night we arrived in Seville, we were both struck by the beauty of a wedding party passing the hotel.  Dusk was falling, and it was like something out of a fairy tale. It was difficult to know where to let your eyes rest longest: we had the happy and attractive young couple, with the bride in a stunning gown, riding in an elegant carriage with four even more elegant matching greys (light silver, actually) clip-clopping down the cobblestone road at a steady pace. The young couple’s future was awaiting them, though; blink, and all were gone.

Unable to leave you that particular image in any way except your mind’s eye, instead let’s leave you with this one, a line up of carriages at the ready, in Palma de Mallorca.