The canopy of trees along this stretch of road makes for a gorgeous Spring show. When I paused there today to capture this shot, I remembered that I’ve been meaning to share word of a local university student who’s using his creative talents to help introduce music lessons and instruments to children from low income families.

This winter, Vancouver student and musician Jacob Saltzberg approached me to ask permission to use one of my photos – a photo I took on a crisp autumn day along this same stretch of West 10th. Over the last two or three years, I’ve received requests from other Fine Arts students to use my photography as the basis for pieces they were creating for class or personal projects. I appreciate the respect these young artists demonstrate for others’ copyrighted work, and have been happy in such instances to give the green light.

This approach was different. While he was also working on a school project, Jacob’s project was an album that he planned to release online. The music on his then-upcoming Traffik album was a nostalgic exploration of change and perspective. This innovator planned to encourage music lovers to buy individual tracks or the full album, whichever they chose, at whatever price listeners want to name. Jacob asked for permission to use one of my autumn photos of this streetscape for the cover of his album, Among the Leaves. 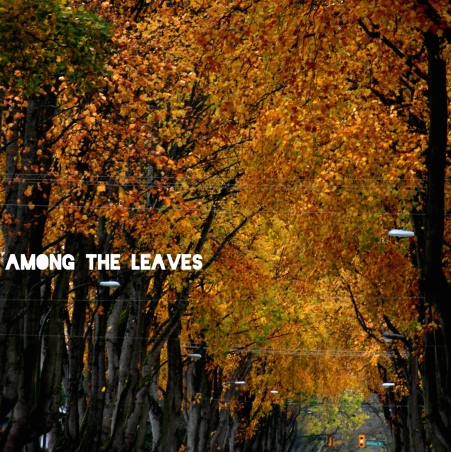 Jacob wasn’t creating the album for personal profit, though; he’s dedicating 100% of the album’s proceeds to St. James Music Academy. The Academy is, as you’ll see on Jacob’s site, “… a non-profit organization in Vancouver’s Downtown Eastside that provides music lessons and instruments for children from low-income families.”

As we turn the page on another weekend in which devastating, irreversible and senseless harm was done to innocents, I think it’s helpful to also acknowledge the good around us. Whether it’s twenty-somethings raising spirits and donations at the One Love Manchester concert, twenty-somethings using their talents to help others, or individuals of any age simply being kind to friends and strangers, here’s to the good in the world.

← In the Gallery
Moonstruck: Strawberry Moon →

There was an error retrieving images from Instagram. An attempt will be remade in a few minutes.