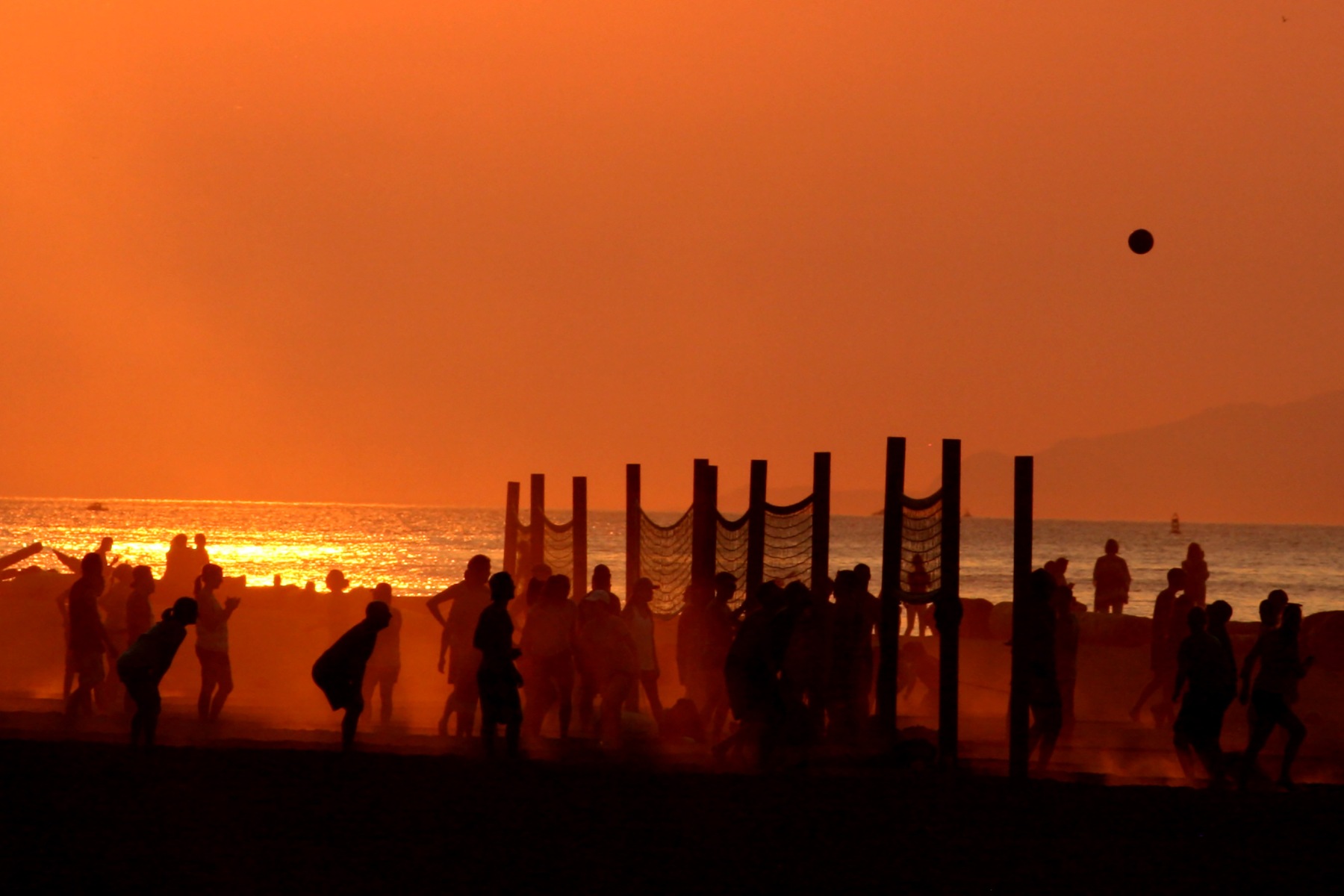 Today marks Canada Day, and my country’s 150th birthday. Brace yourself, but I was around for our 100th! Canadians are sometimes laid back when it comes to such celebrations, but there are a number of special events to mark our sesquicentennial today. 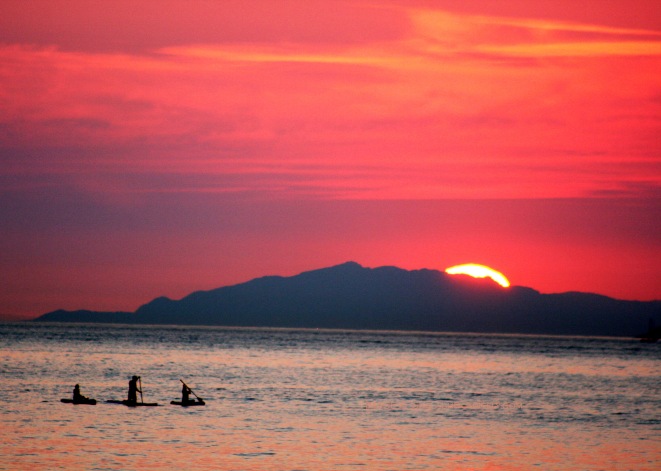 When we travel, we don’t assume that people will know much about our country. 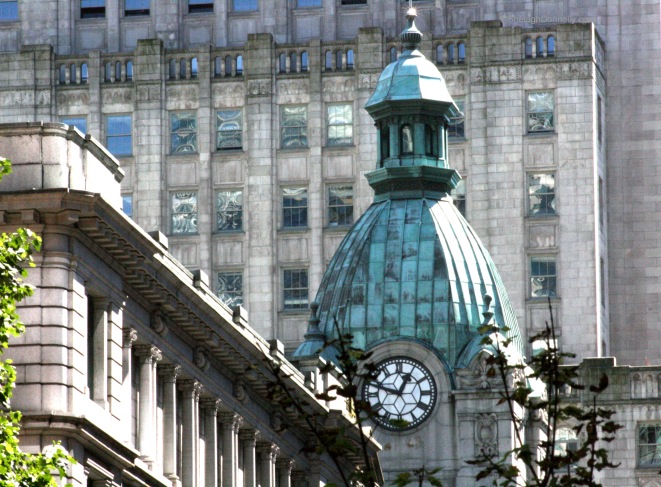 People may have heard of cities such as Vancouver, Toronto, Montreal, Quebec and more … 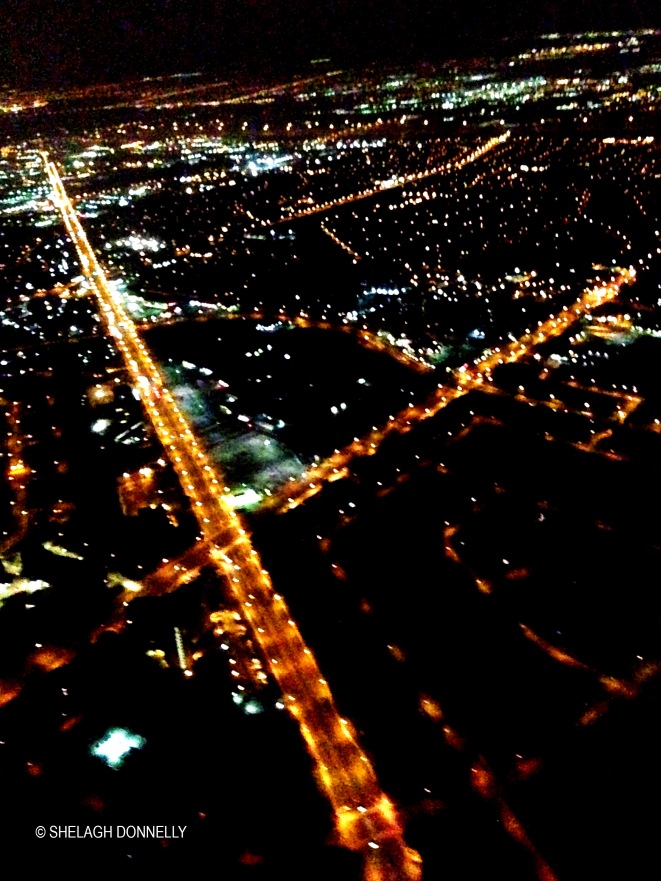 … but may not realise just how vast the distances are between these cities. 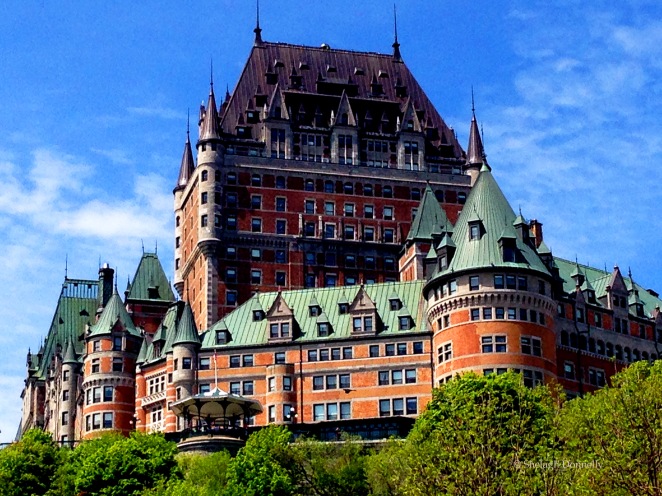 There’s beauty both majestic and delicate in this country. 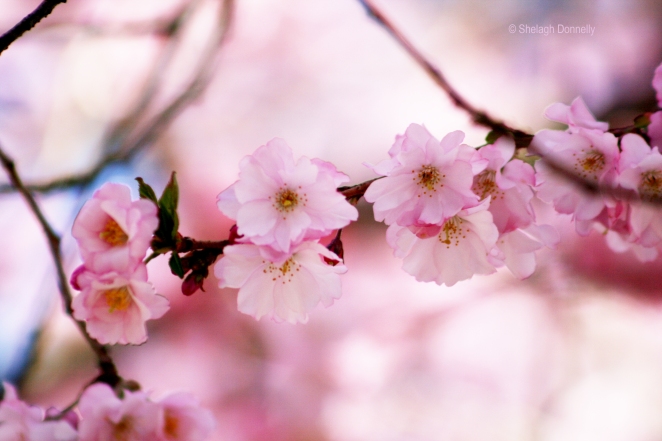 If people think about sports in this country, skating … 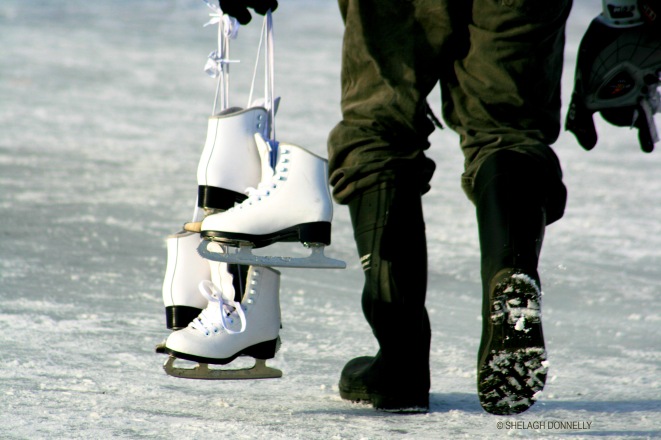 … and hockey typically come to mind. 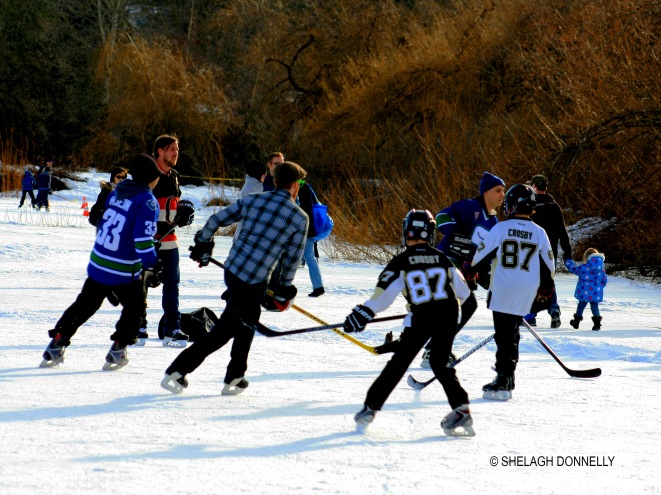 Many people we meet in other countries have a perception that the country is cold all year round. 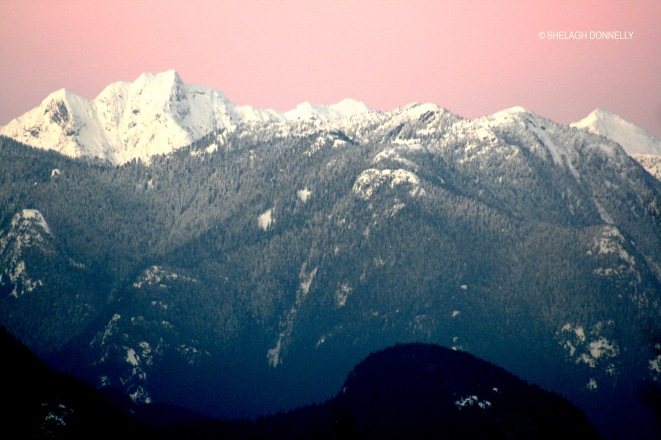 This is a country of diverse geography, and yes, some regions have shorter growing regions than others – some northern areas will drop to -40 (Celsius and Farenheit) in the winter. 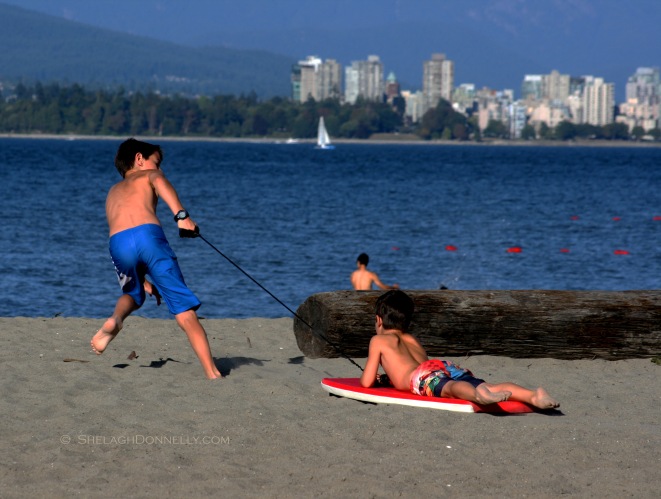 In Vancouver and Victoria, though, we typically have daffodils blooming in February – with apple, cherry, dogwood, magnolia and other blossoms close on their heels. 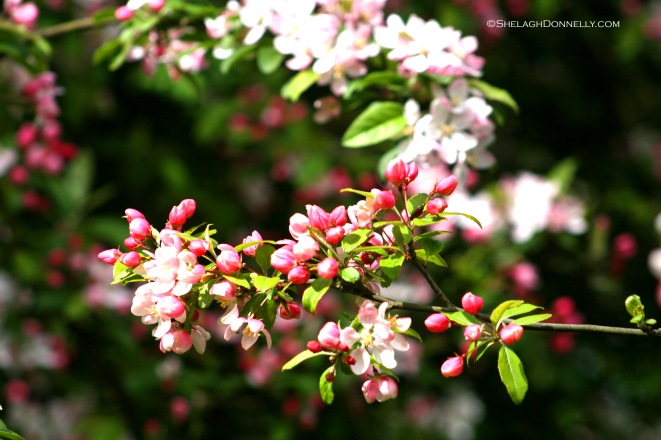 Osoyoos, also in the province of BC (British Columbia), is home to the northernmost tip of the Sonoran Desert. 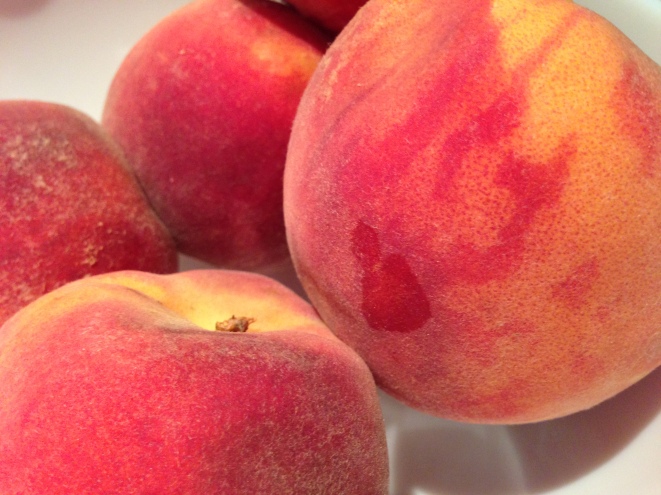 The Okanagan Valley, Vancouver Island and the Niagara Peninsula are just some of our wine growing regions. We also grow delicious peaches, apples, pears and more. 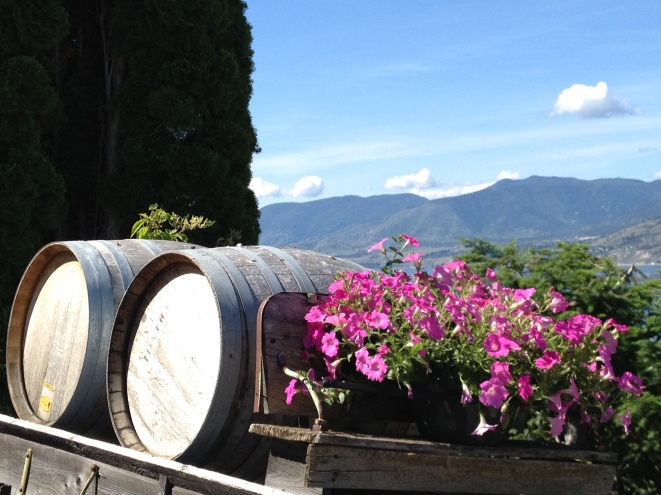 While we actually did experience a number of snowy days in Vancouver this past winter, that was an anomaly – and one that I hope isn’t soon repeated! I’m happy to generally see it on our beautiful North Shore mountains rather than on lawns and streets down in the city.

Lately, Canada has been getting a different degree of exposure in some quarters, in no small measure due to our PM (Prime Minister) Justin Trudeau. Politics aside, people seem to focus on his hair and his socks appeal. Yes, you read that right. Just google Trudeau + socks, and you’ll see what I mean. Do an internet search for Trudeau + rose, however, and you’ll find images of the style statement for which his father (our 15th PM) was famous. 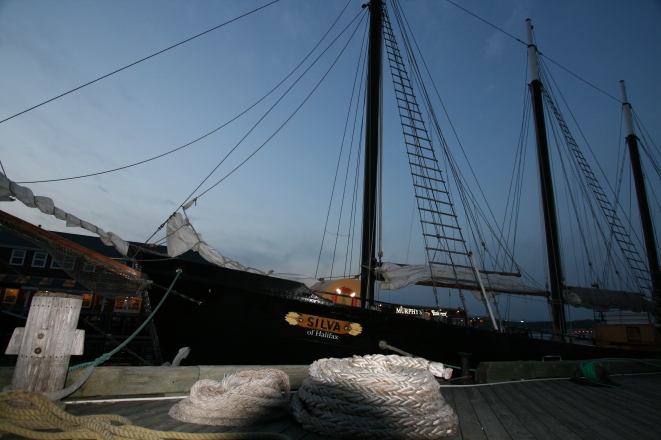 If you were to drive from Victoria, BC, on the Pacific coast, to St. John’s Newfoundland, on the Atlantic coast, you’d be filling up on a lot of gas (or doing a fair bit of electric charging), as this road trip would span 6,695 km or roughly 4,160 miles. 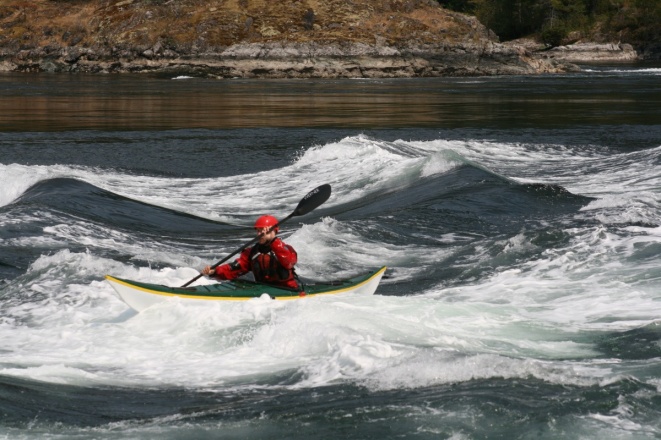 A visit with one of my British readers and her husband this Spring reinforced to me just how spoiled we are. We met up with this well travelled pair for drinks and some jaw-dropping scenery, and were taken with just how delighted they were to experience our natural environment. 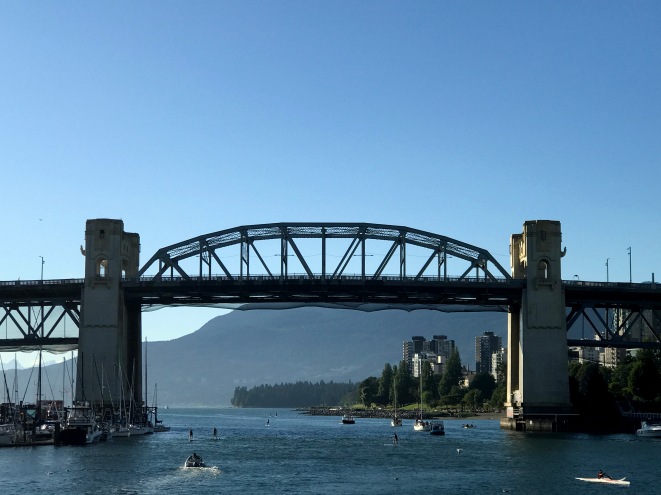 Personally, I’m pleased to be travelling later this summer to the opposite end of our country, for a conference in Newfoundland. I’m told the scenery is spectacular. Speaking of our scenery, click here or here if you’d like to see some of my earlier odes to Canada Day.

Eh? While The Trailer Park Boys would have you think otherwise, many of us go entire days, weeks, months and even years without tacking, “Eh?” on to the end of a sentence.

Loonies, Toonies, and Million Dollar Coins: We are, however, the home of the loonie, a one dollar coin. We did away a few years ago with both one- and two-dollar bills, and replaced the two dollar bill with the toonie coin.

Visiting a friend in Ottawa (4,362 km, or 2,710 miles east of Vancouver) this Spring, we walked by the Royal Canadian Mint – where Canadians were the first in the world to create a million dollar coin. No, I don’t have one of my own, but local and international investors have purchased five of the 100 kg/220 pound coins, which are .99999% pure gold. 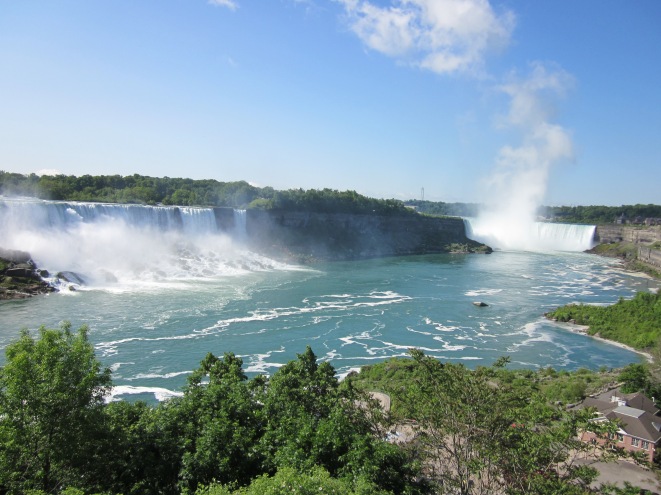 Wildlife, green landscapes, more lakes than any other country: Sometimes, particularly with urban sprawl, those bears can be a bit too close for comfort, even venturing in some instances into homes or (more recently) an unlocked vehicle! 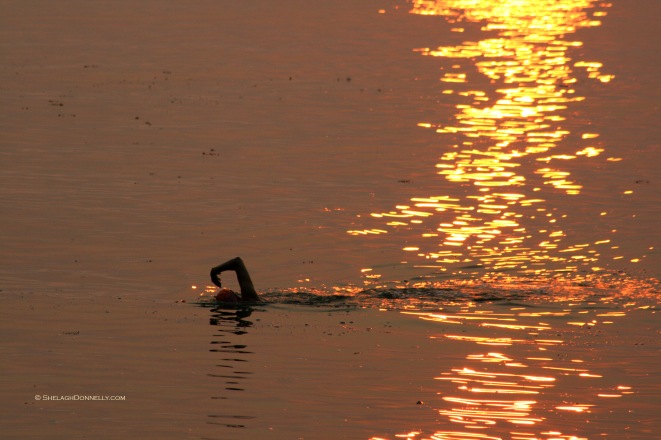 We’re green in more ways than one: just shy of a third of our land mass is covered in forests. 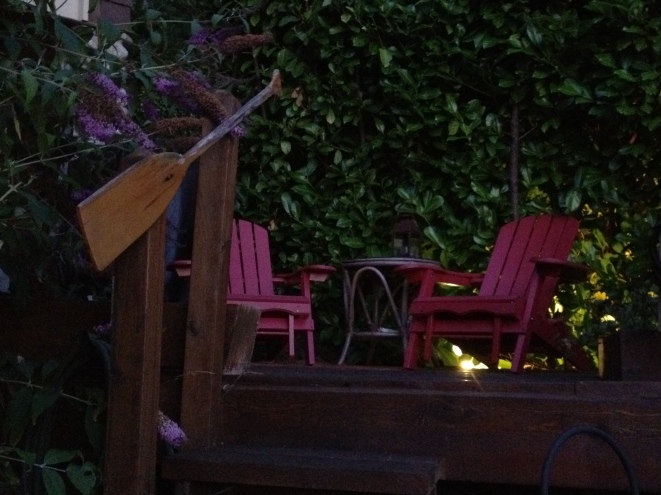 There is wildlife in those forests and, in Banff, Alberta, we even have roadway overpasses for black and grizzly bears, bighorn sheep, cougars, coyotes, deer, elk, lynx, moose and wolverine. Far away from Banff, our northern climes are home to polar bears. 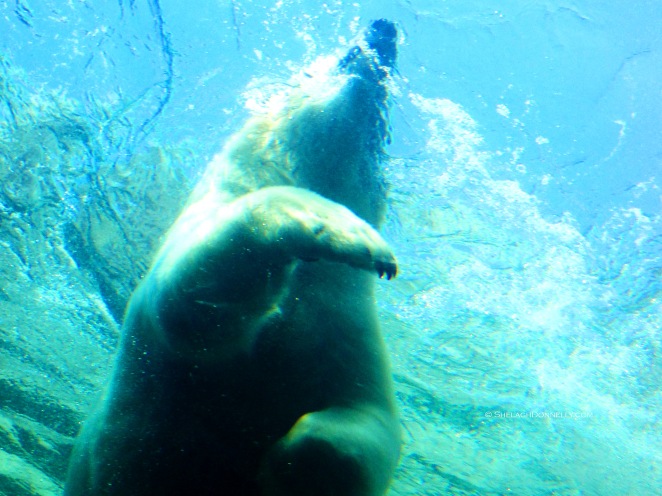 Our own version of the Loch Ness Monster: Kelowna, in BC’s beautiful Okanagan Valley (and a wonderful wine region), we have Ogopogo, whose existence has been long recorded and debated! Dinosaurs definitely did roam our lands; click here to learn more. 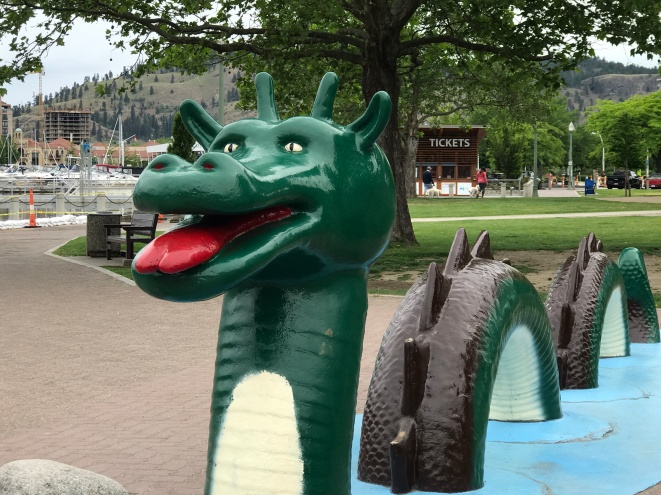 Close proximity to the USA: Many of our most populated regions are relatively close to the 49th parallel and the good old U S of A – with which we share the longest international border on the globe. We have two official languages, and Montreal is the second largest French-speaking city on the planet. 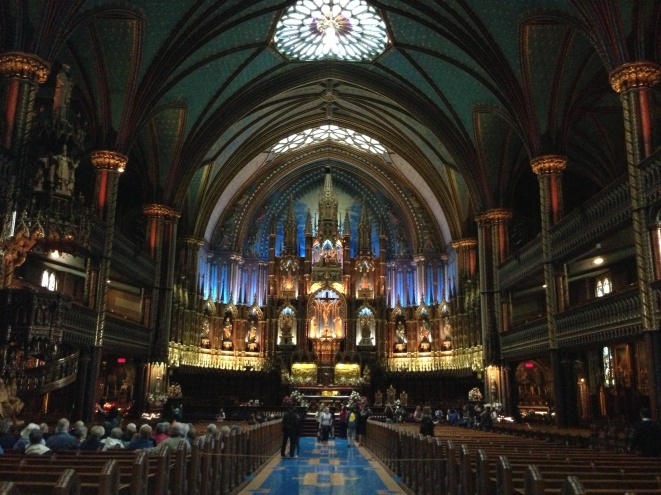 Astronauts: We have our own space agency and astronauts who travel with NASA. I was fortunate to hear one of them, Julie Payette, speak earlier this year. Speaking of space exploration, the robotic arm used to move and maintain equipment, position astronauts and to repair satellites is known as the Canadarm.

Annual Polar Bear Swims: We can be a little crazy, as anyone who’s read my posts about our New Year’s tradition will know! 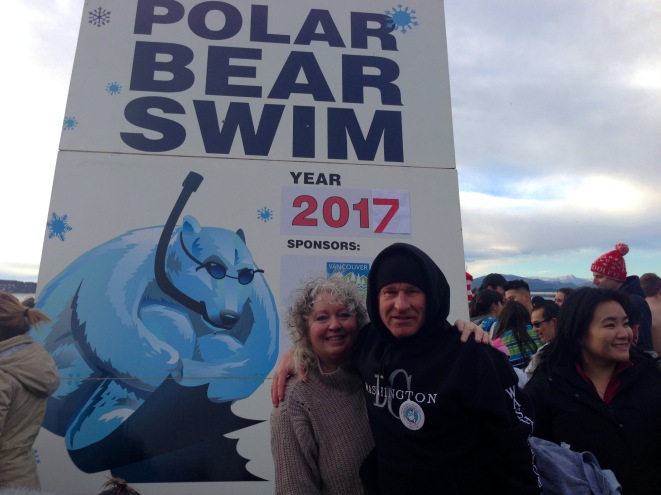 Canadian innovations: Alexander Graham Bell invented the phone. Insulin is the result of work by  Frederick Banting, Charles Best and James Collip. Time zones? Thank Sir Sanford Fleming. Here’s a sampling of other Canadian inventions: AM radios, the BlackBerry, the cardiac pacemaker, the Canadarm used in space, the caulking gun, computerised Braille, the first North American electron microscope, the foghorn, IMAX theatre, instant replay, Java programming, Jolly Jumpers, the 56k modem, the pager, the paint roller, pexiglass, plastic garbage bags, the prosthetic hand, the Robertson screw, the snowblower, sonar, Trivial Pursuit, walkie-talkies … to name a few. It should be noted that a number of these innovators came to Canada from other countries, including Scotland. 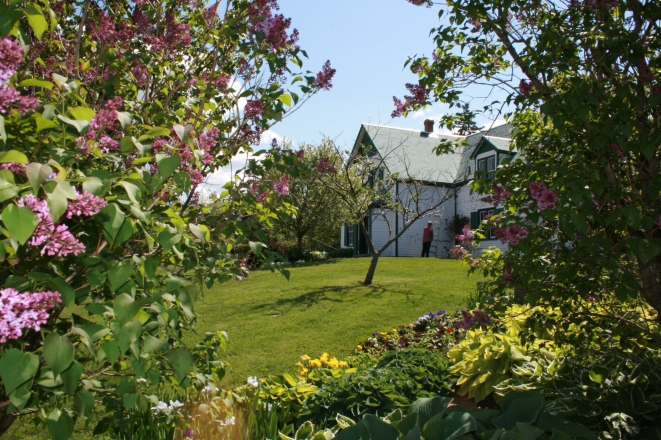 Funny people Will Arnett, John Candy, Jim Carey, Eugene Levy, Rick Moranis, Mike Myers, Leslie Nielsen and Catherine O’Hara all hail from Canada, as does Saturday Night Live producer Lorne Michaels. Bieber and Drake are Canadians. Oh, and Superman? He was also created by a Canadian, Joseph (Joe) Shuster. Hollywood North? That’s also us, but we don’t generally make a big deal about being around productions. 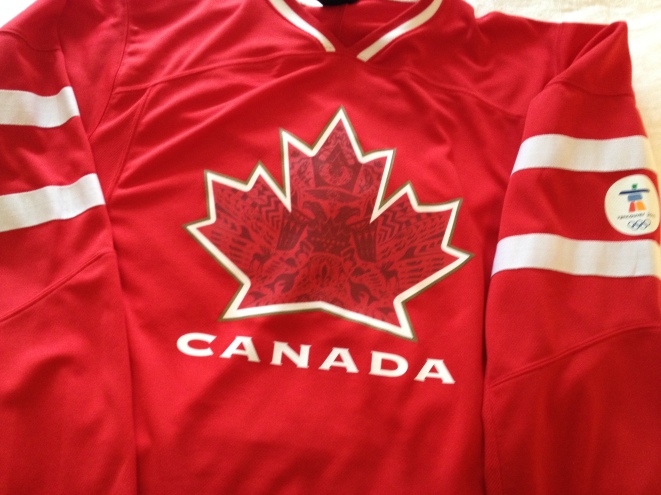 Athletics: While we’re most known for hockey, basketball was invented right here in Canada.  Lacrosse was codified by William George Beers. Today, we have  Clara Hughes, an Olympian who’s medalled in both Summer and Winter Olympics, and is a vocal mental health advocate. In short distances, we’ve already had two men among the world’s 10 fastest 100 meter sprinters, and 22-year-old Andres De Grasse – who medalled in the 2016 Summer Olympics – is one to watch. Courtesy of Vancouver 2010, we hold the record for the most gold medals won by a country during a Winter Olympics, and for the most gold medals won by the host country of a Winter Olympics.

Universal health care: Yes, we have what is a luxury for many. We pay high taxes, but we have health care. We’re also known as the most educated country on the planet. Unlike post-secondary students in some countries, ours must pay tuition.

Maple syrup, wineries, salmon and more: Not all Canadians regularly have maple syrup, but our country does produce the vast majority of the product for the world – and most of it comes from Québec.  On the coasts, we are also ridiculously spoiled for great seafood – and our salmon is spectacular. For me, the perfect Christmas stocking will include plain but high quality chocolate and some smoked salmon chunks – not to be eaten in tandem, however!

Peanut butter was first patented here in Canada. The Hawaiian pizza was developed in Ontario. We have a number of wine growing regions. Our province of Quebec is home to poutine, and we’re also known for the (Bloody) Caesar and Canada Dry. If you visit us without trying a Nanaimo Bar (a dessert), you’re missing out! 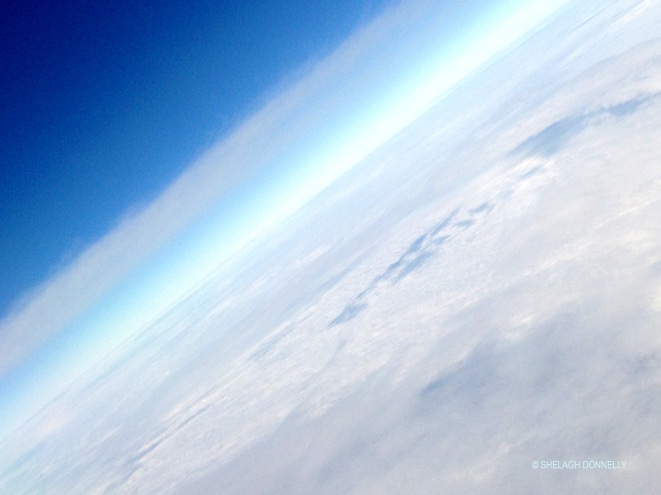 What  do you love about your country?

On Exceptional EA, my other website, I touch base with my readers through Weekend Polls. This weekend, I’ve asked people to share what they love about their own countries. If you’d like to take part, just click here. It’ll take a couple of minutes to complete the poll, and I’ll publish results next Tuesday.