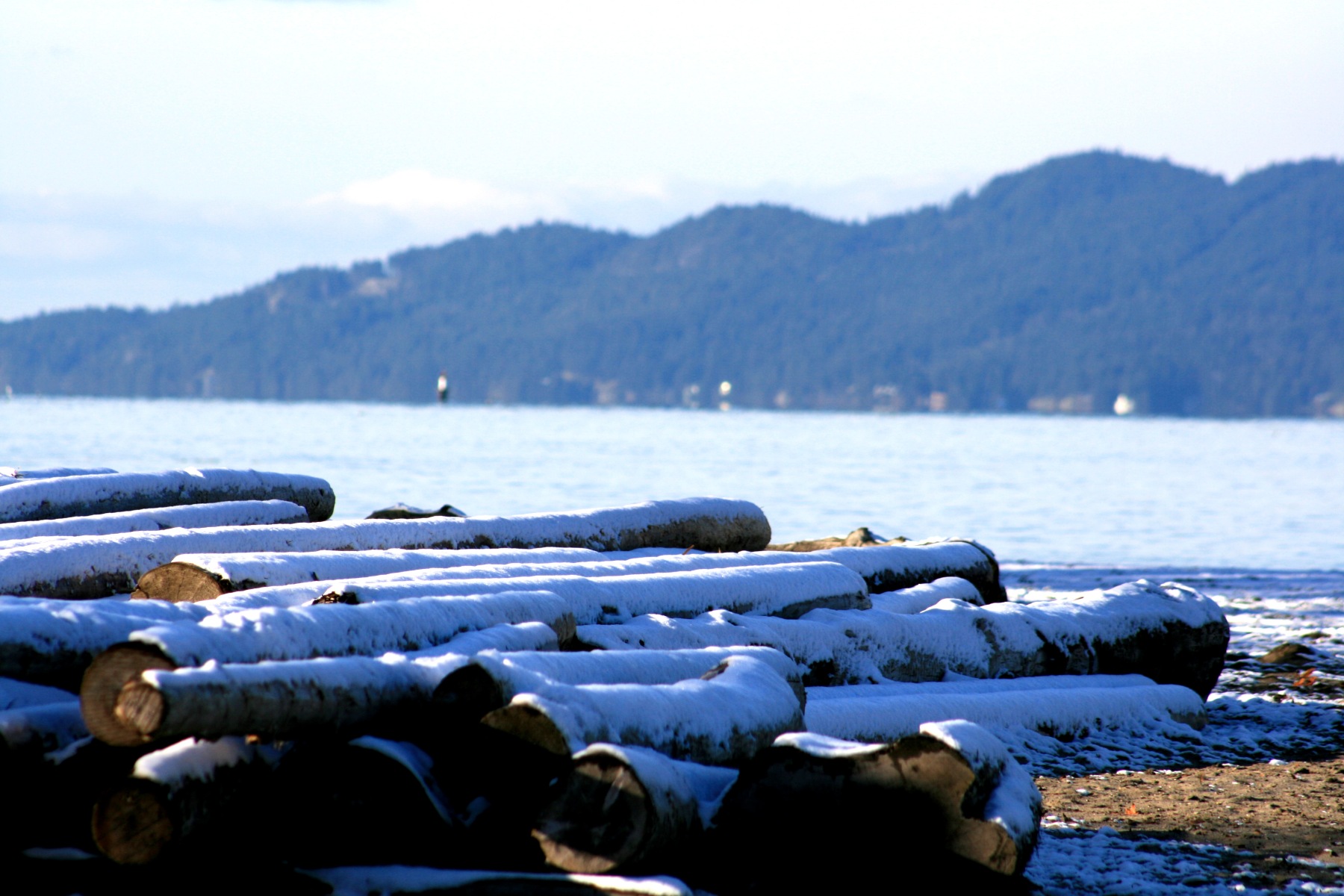 Popping up to one of the North Shore Mountains with camera and gear in hand this morning, a look at my card reminded me of some shots I took following the one snowfall we’ve had in the city this season.

These images are from one of my favourite beaches where, when the tide is out, it’s a treat to walk on the floor of the inlet toward the small lighthouse – ideally barefoot. In the summer months, you’re up close with herons, crabs, kayakers, skimboarders, and all sorts of two-legged and four-legged water babies. You’ll not get as close to the eagles as to the herons, but they’re here to be seen – along with ducks and an abundance of seagulls. As Winter approached, the logs received a dusting of snow, but that didn’t deter the birds or other locals from visiting the surrounds. 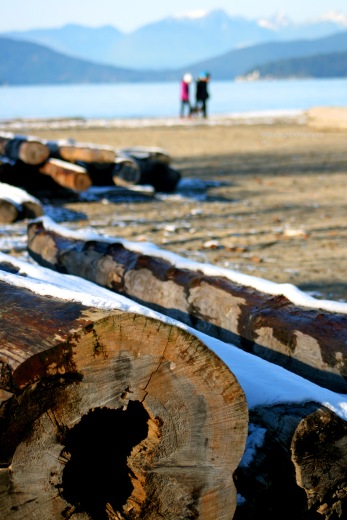 Just a short walk from the beach, you have tennis courts, trails and greenery – explored below by what may seem an unlikely pair.

← Playing in Snow
The Lions →