Today is Canada Day, the 149th anniversary of our confederation. To celebrate, here’s a look at some of my favourite shots from across our massive landscape. 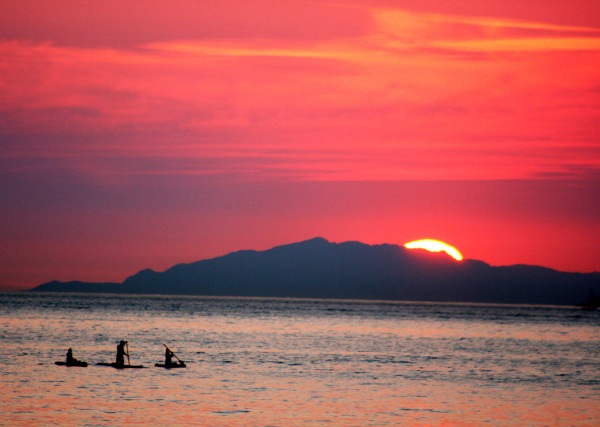 We’ll begin with one of my favourite locales, Vancouver’s Spanish Banks, above. The skies aren’t normally this red; this shot is reflective of strange yet beautiful skies we saw during wild fires that burned in British Columbia last summer.

Moving on for the snow lovers among you, here’s a look at the Rocky Mountains of Banff, Alberta. I took this shot while staying at the famous Fairmont Banff Springs Hotel.

This lighthouse is on the shores of Summerside, Prince Edward Island – a highly picturesque city. It’s a short drive from the equally scenic Charlottetown, and I recommend both cities.

On this winter’s day in Vancouver, you would be hard pressed to know that Locarno Beach and the North Shore mountains lie behind the cloak of fog. 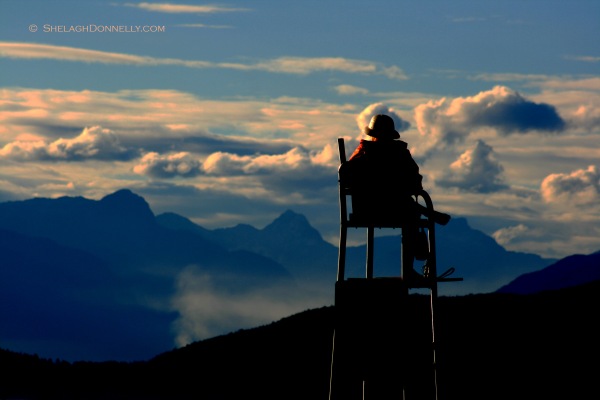 Here’s what the neighbouring beach, Spanish Banks, looks like on a sunny summer’s eve. Lifeguards keep an eye on swimmers, paddlers and boaters, and the views are a perk of the job.

You’ve heard of Niagara Falls? Here they are, straddling the Canada-US border. While I admired the neighbouring town of Niagara-on-the-Lake, be prepared for a very touristy environment when visiting the town in which the actual Falls are based. That said, I was delighted to ride around the Falls on the famous Maid of the Mist, and thrilled to walk behind the Falls. 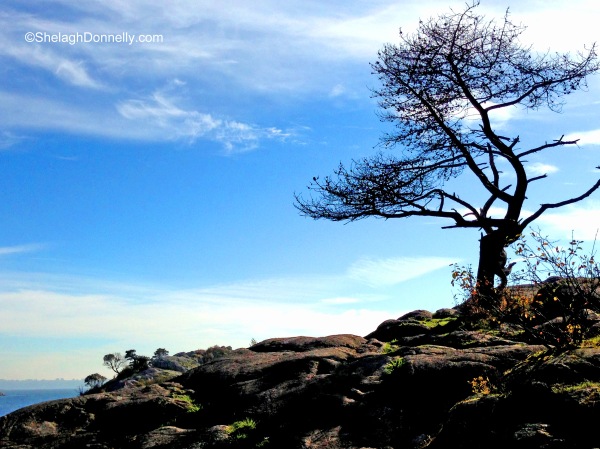 Back in British Columbia, this wind-swept tree in West Vancouver’s Whytecliff Park is haiku worthy … 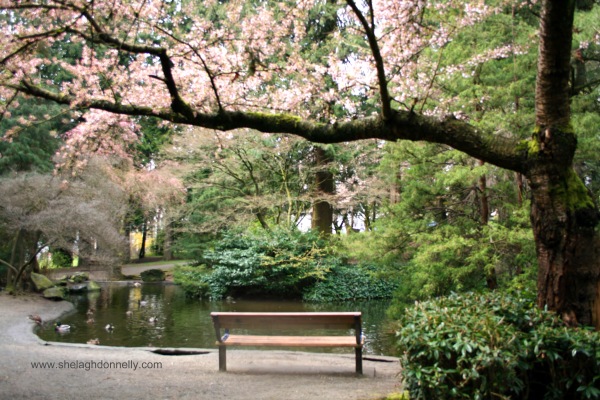 … as are the cherry blossoms seen here in a New Westminster park. 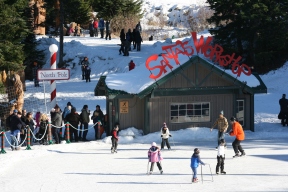 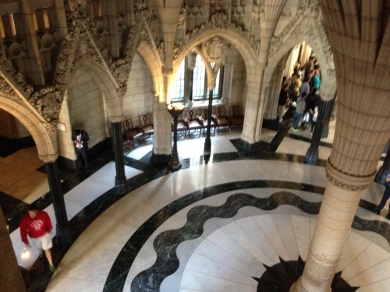 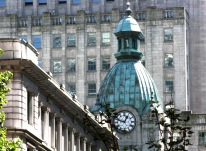 Canada’s beauty isn’t limited to its nature or people. While (as you’ll see in the first shot above), we’re home to Santa’s workshop at Grouse Mountain, and Vancouver, Toronto and other cities house glass towers, we have some architectural lovelies. 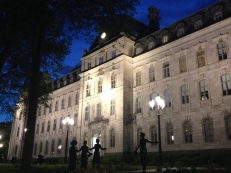 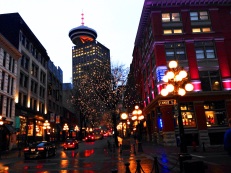 It’s true, though, that many Canadians have an affinity for nature. 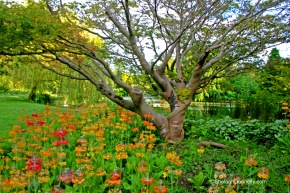 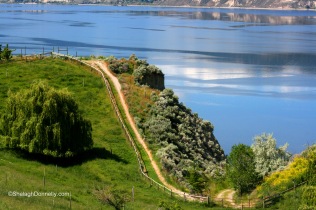 How could you not, with all this beauty?

Québec City, founded in 1608, is a UNESCO World Heritage site. It and St. John’s, Newfoundland, are the country’s two oldest cities. Seen below, Québec City is perched above the Saint Lawrence River. I visited this scenic treat, home to the Plains of Abraham, for the first time last month, and will have many more images to share. Québec is the only city in North America that still has the gates and ramparts from its early, fortified days in this New World. 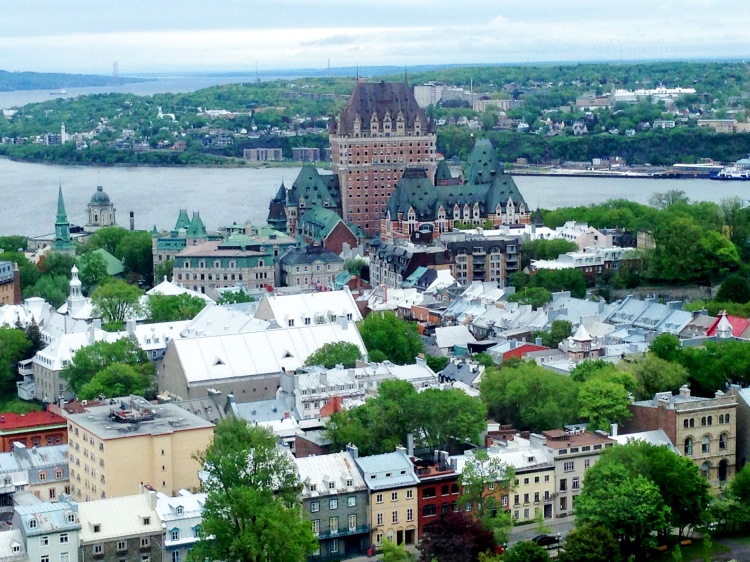 Back, now, to the great outdoors. 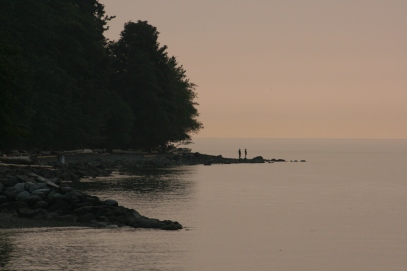 Like people everywhere, we gravitate to the water as well as the woods. 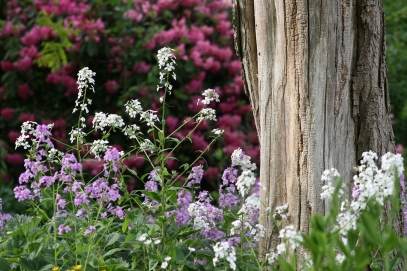 … and, if you are in the right spot at the right time, you can see gorgeous creatures such as these.