I’ll be visiting London again this Spring, which has me reflecting on last Fall’s stay – and remembering the symmetry of these particular properties on Upper Belgrave Street in Belgravia. 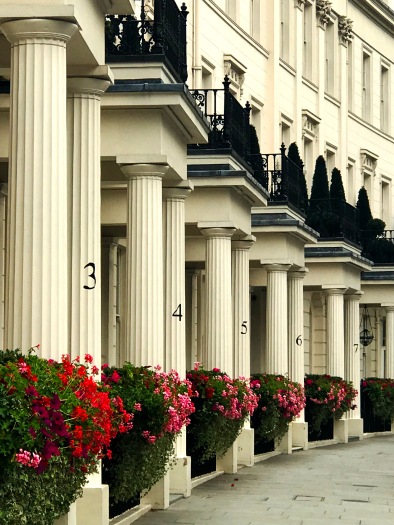 Belgravia is named for the Duke of Westminster – or rather, for one of his subsidiary titles -Viscount Belgrave -since the 1800s. This is one neighbourhood that got an early start on gentrification. 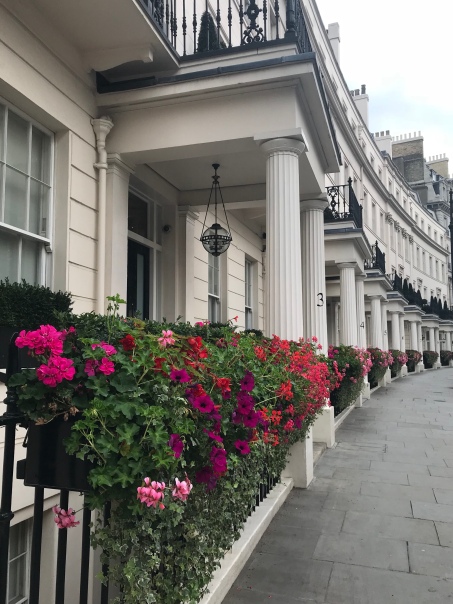 Before that point in time, though, its moniker was Five Fields. When highwaymen and other criminal sorts frequented this area, it was a relatively swampy spot between the Thames and Hyde Park.

In fact, in a pattern that we continue to see played out in cities around the world, it was only when a little residence not too far away was converted to a palace that the Duke’s Grosvenor Group invested in developing this area.

That other residence? I had the good fortune to visit its staterooms with my friend Victoria while there in September. You just may recognise it in the photos below. 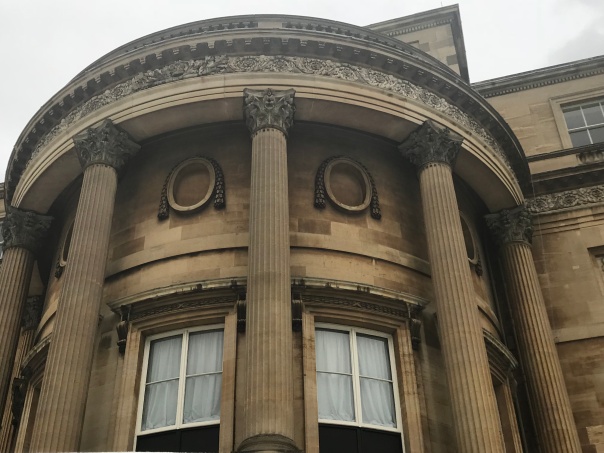 Not yet? Here’s a better look from the rear garden, where you’ll see me (and more than a few others) on the back steps. 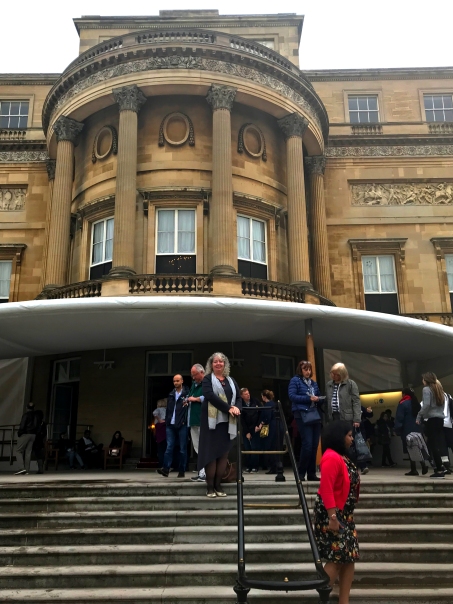 Another hint? Here you go! It’s unlikely you would recognise this unless you’ve been there, but many of us are familiar with this view from the front of the property.

← Only in Vancouver: Characters from Our Polar Bear Swim
Keepsakes from Bruges – Jewelry by Blaton →