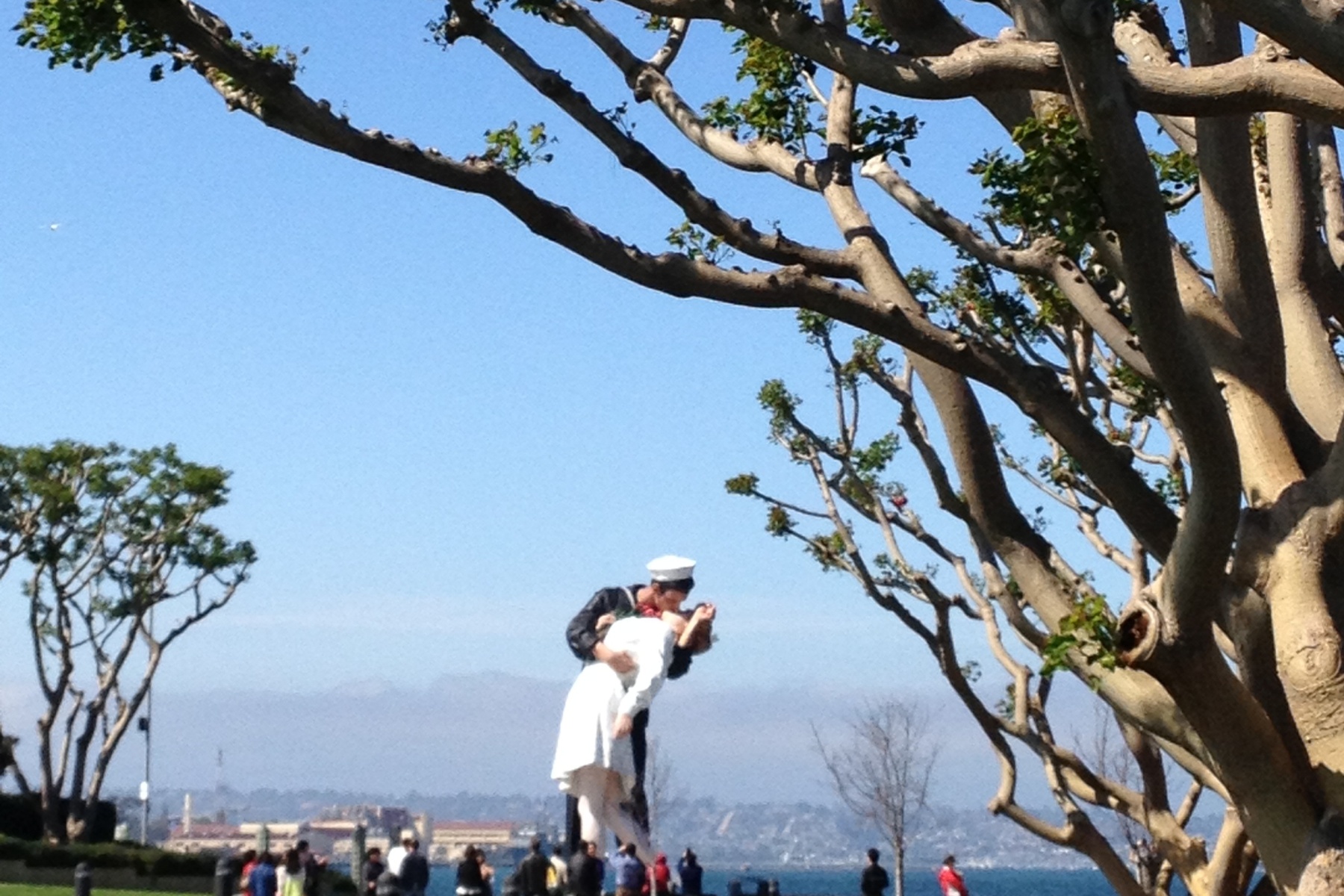 Down by the waterfront in San Diego, just a st0ne’s throw from the USS Midway Museum,  you’re likely to encounter people clustered ’round a larger than life replication of a famous photograph marking V-Day.

J. Seward Johnson Jr. has created a series of statues paying tribute to the occasion and the real life strangers Greta Friedman and George Mendonsa, who crossed paths in Manhattan in 1945. This being a photography blog, it’s only appropriate to note that it was Alfred Eisentaedt who captured the celebratory black and white image – made famous by LIFE magazine – on August 14, 1945.

A statue of the two celebrants was temporarily on display in 2007 but San Diegans and others, in a fundraiser led by the USS Midway Museum, raised a million dollars and, in 2013, secured their own permanent tribute. This statue is 25 feet tall and weighs 15,000 pounds. San Diego houses America’s largest navy fleet and,  mere steps away from this statue, you’ll find an audio tribute to Bob Hope, where a looped recording of his stage show plays amid a series of statues depicting the comedian performing for members of various branches of the military.