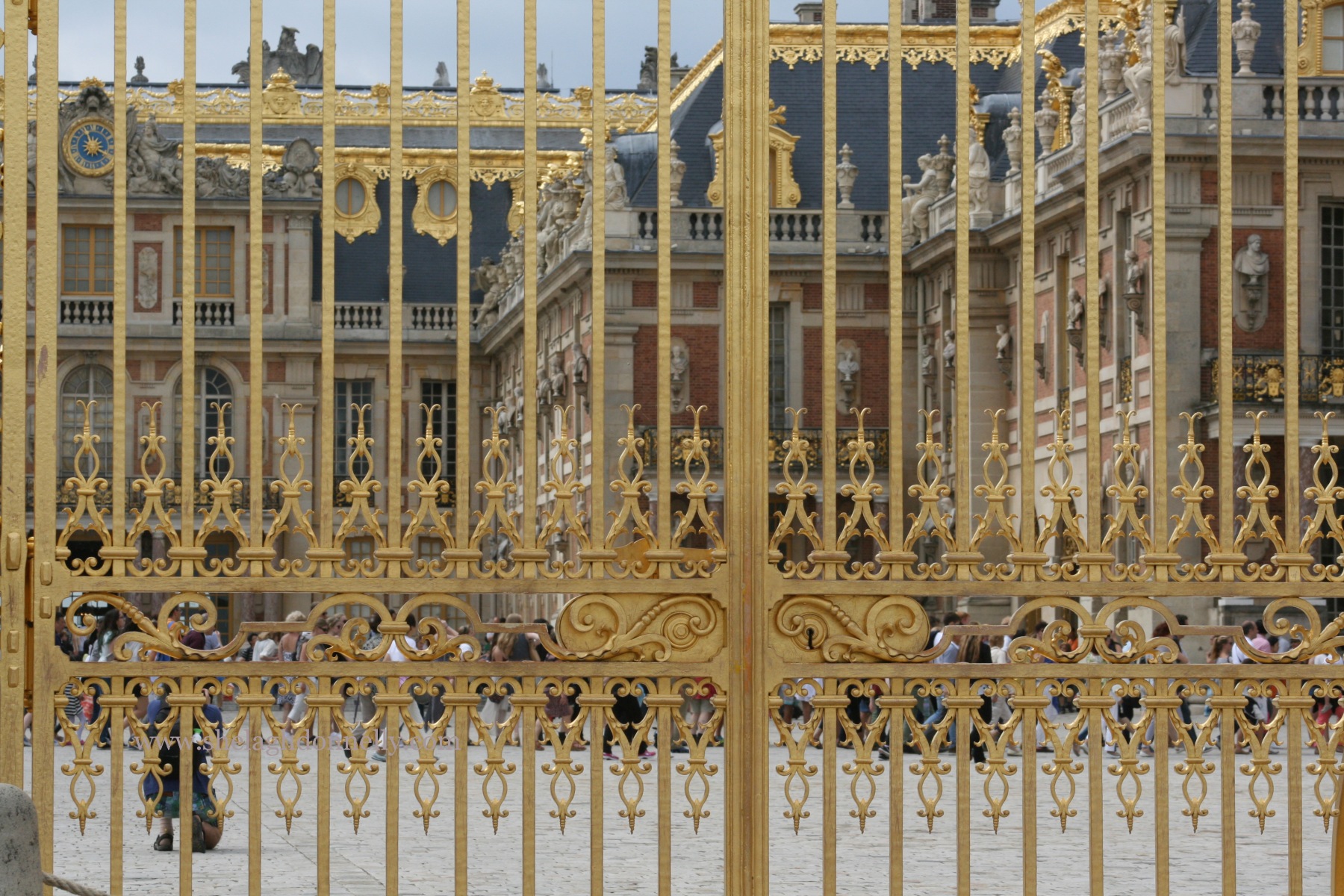 Crowds of fellow visitors aside, the  Palace of Versailles is unlikely to elicit neutral reactions from travellers. Elegant and opulent by turn, and often in hand, many of the suites look out onto equally grand gardens.

I’ll post images from the gardens before long but, in the interim, let’s begin with an outsider’s look. The infamous “let them eat cake” suggestion is inappropriately attributed to Marie-Antoinette, the unpopular and unfortunate consort of Louis XVI, during the time of the French Revolution. 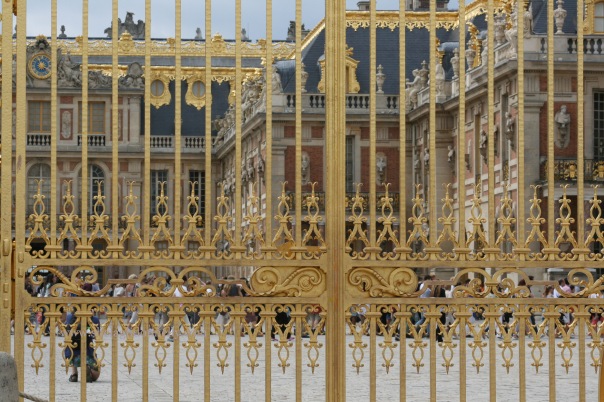 In fact, varying sources attribute the French phrase, “Qu’ils mangent de labroche”  to Marie-Therese, spouse of Louis XIV, and Madame was apparently suggesting that the poor eat, not cake, but a rich bun or bread that is akin to cake in that its ingredients typically include butter, eggs and milk.

The Chateau de Versailles, as it’s known in French, is now readily accessible in less than an hour from Paris. You ride the Metro and transfer to a train that disembarks directly across the street from no less than a McDonald’s outlet, and you then have less than a 10 minute walk through Versailles to reach the palace grounds. Depending on the season, the time of day, and whether you purchased tickets that preclude line ups, you may then find that the process of purchasing tickets and awaiting entry to the palace easily match the ride from Paris.