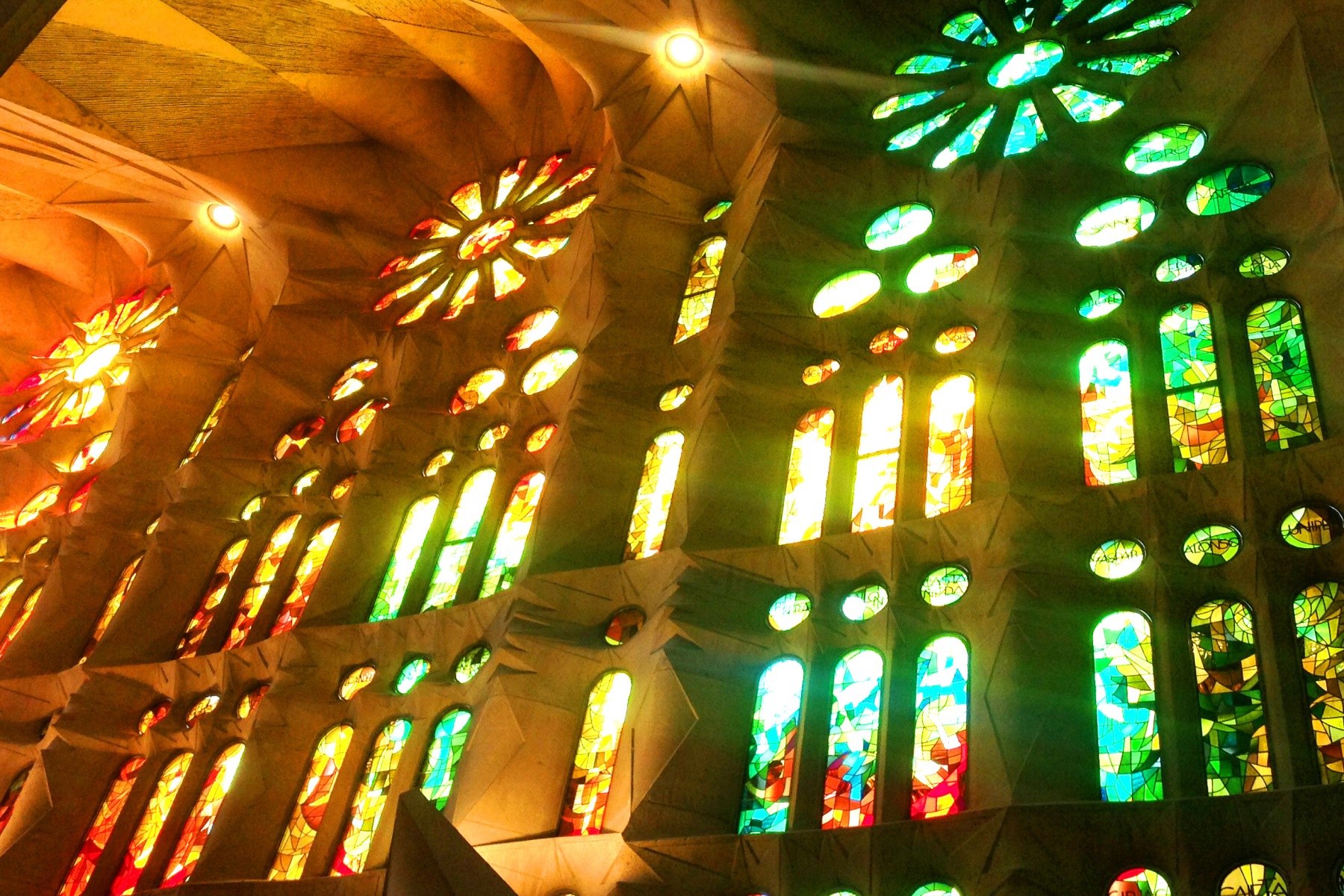 … All right, so we know that’s not really the case, either in the real world, or with respect to having the time to publish as much as I’d like. Hello again, and thank you to those who are turning to this page despite my relative silence in recent weeks.

With the year winding down (and a few days away from the office), it seems timely to publish images of some places that inspire calm or awe. A range of images we look upon have capacity to engender such reactions, and this will vary within individuals and from one person to another. This year, the California beach by Hotel Del Coronado was one such place, as were Mallorca’s Cap Formentor, the gardens and palaces of Granada’s Alhambra, the sweet siblings from Spain, the herons of  Point Grey’s Spanish Banks … and the list goes on and on.

People and other creatures, wild and groomed flowers and gardens, nature and architecture; they all invoke strong feelings in me. Today, I’m choosing buildings such as Gaudi’s Sagrada Familia, above and immediately below. I have many more pictures of this nature-inspired (do you see the flowers in the ceilings?) place of dreams, which remains under construction and which we visited for the first time this July. I’ll include more images here or on Exceptional EA in an upcoming article about travel to Barcelona; for now, I’ll offer that  Sr. Antoni Gaudí i Cornet’s vision, in this building and throughout other places bearing his imprint in Barcelona, left me quiet. The exterior of Sagrada Familia is magnificent, but it’s the interior that struck me. 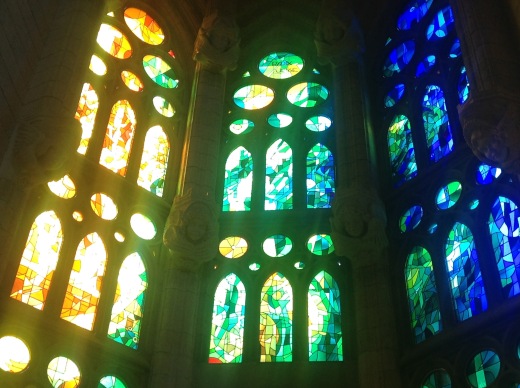 Next, we have some images from a couple of rain-drenched days in Montreal, where the skies must have decided to make this Vancouverite feel at home. These shots are from Notre-Dame Basilica, and you can find more images and information in an earlier post on this site. 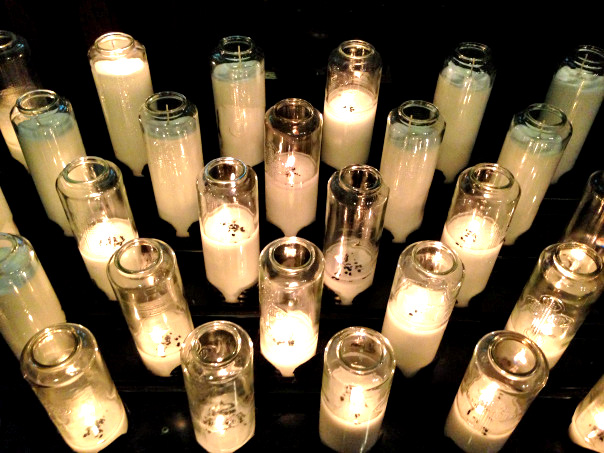 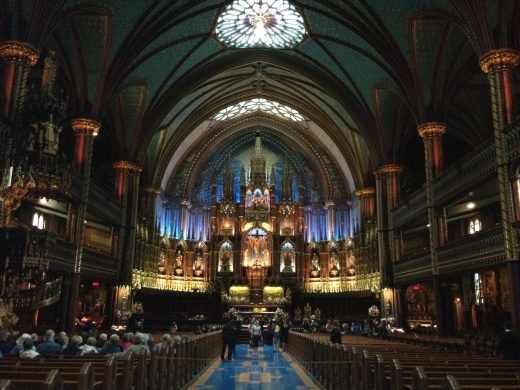 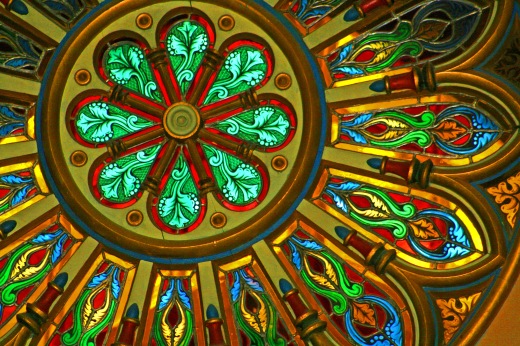 Across the Atlantic, I made a return visit to Notre-Dame de Paris, below. Here, Mass was underway while I was taking these images; among other things, I heard the priest speaking about the Carmelite nuns who are known, among other qualities, for the candies they make. 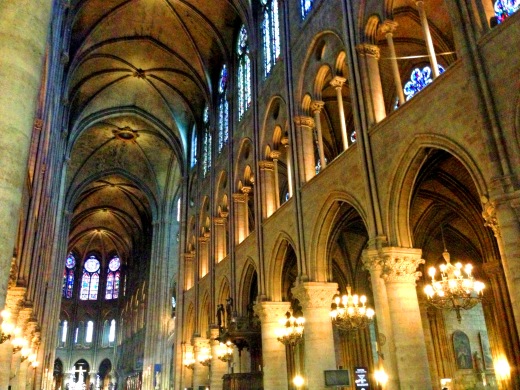 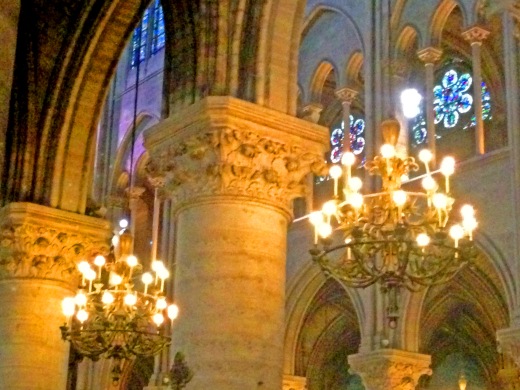 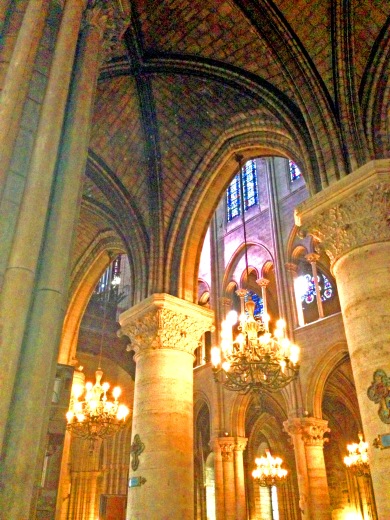 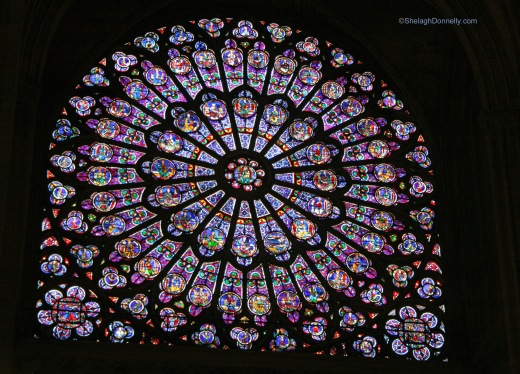 2 Comments on “All is Calm”