Return of the Herons 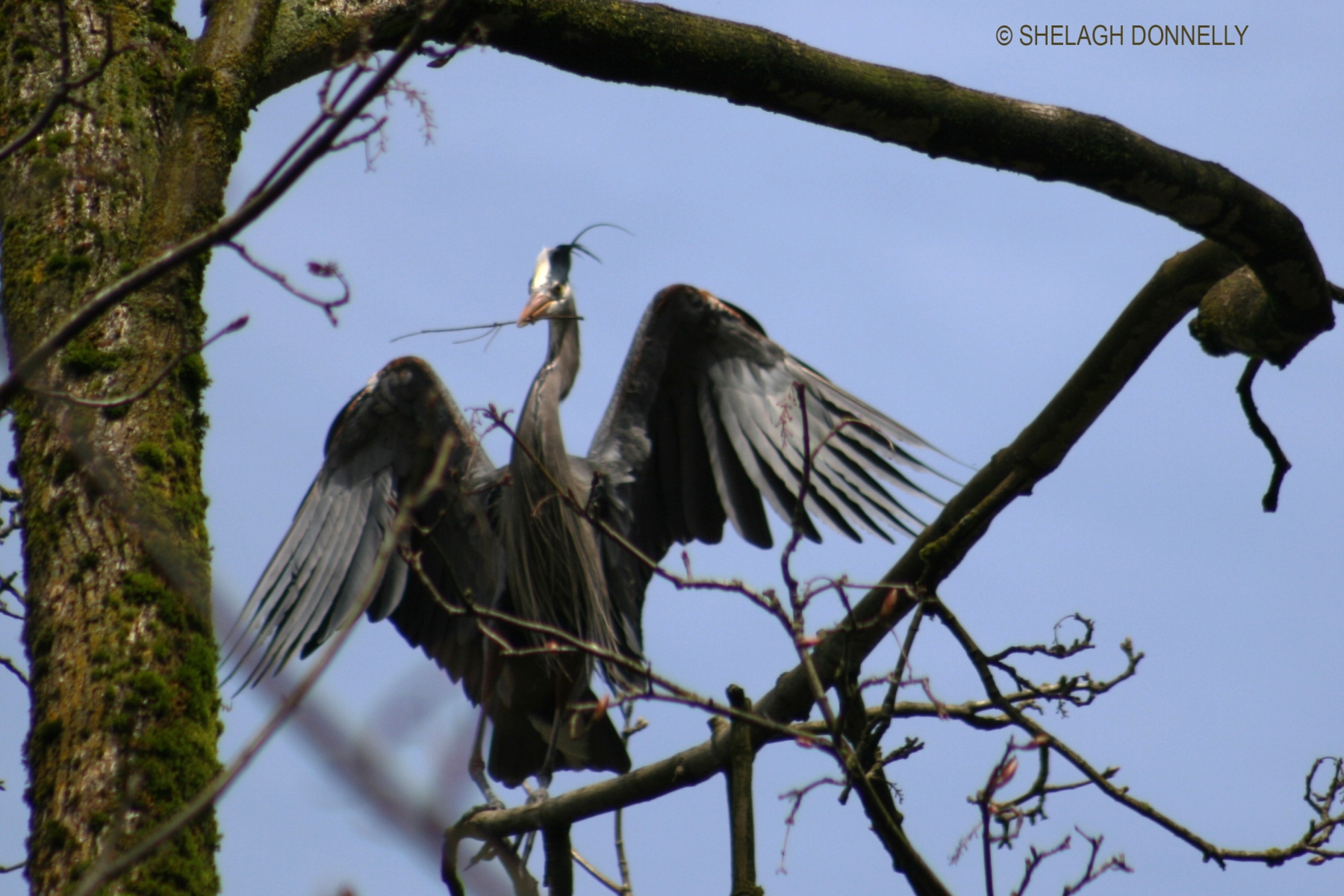 The herons are back! The Pacific Great Blue Herons, that is. 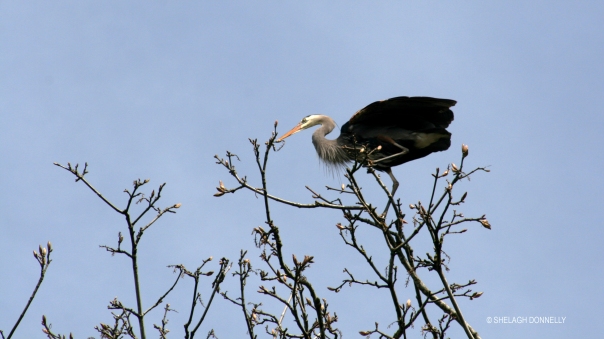 I laugh, thinking about just how bemused my 20-something (or even 30-something) self would have been to think that this would be a big deal to me, but it is. Approximately a third of the globe’s blue herons live in our region and, while I took all these photos at Stanley Park this afternoon,  you’ll also see herons at Jericho Park and Spanish Banks. 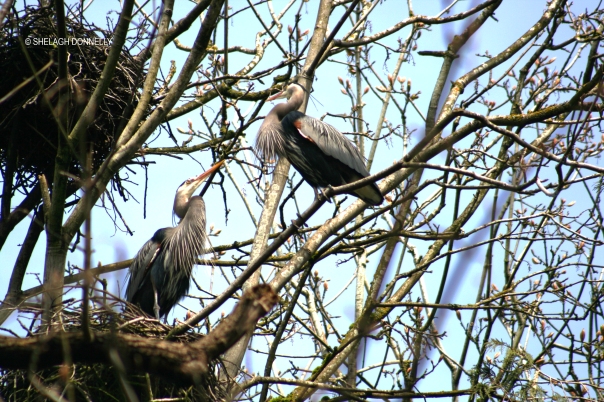 There, when the tide is out, you’ll see herons fishing in the shallow waters off the beaches, and they’re graceful in flight. 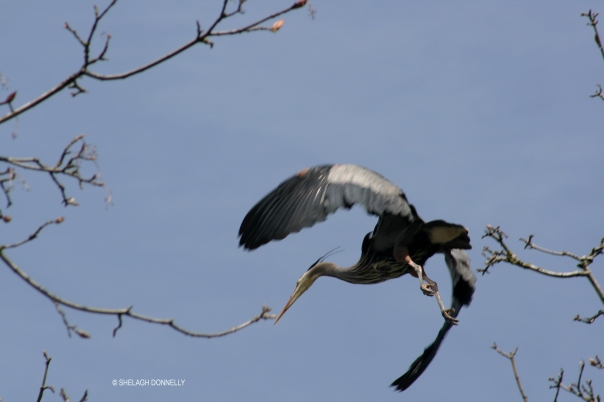 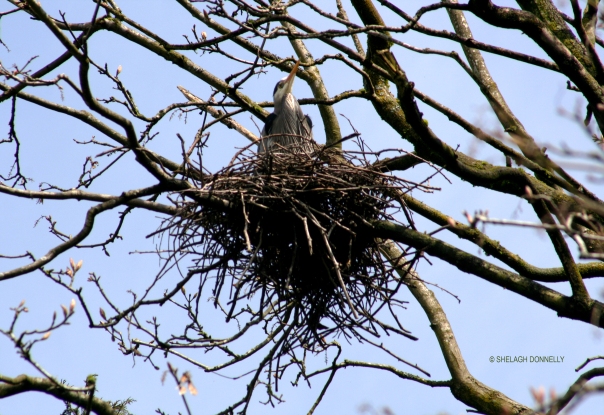 I’ve commented lately about the challenges of having an actual winter in Vancouver this year, and it seems that also delayed the herons’ return. They settled in to nest about three weeks later this year than in either of the last two years. 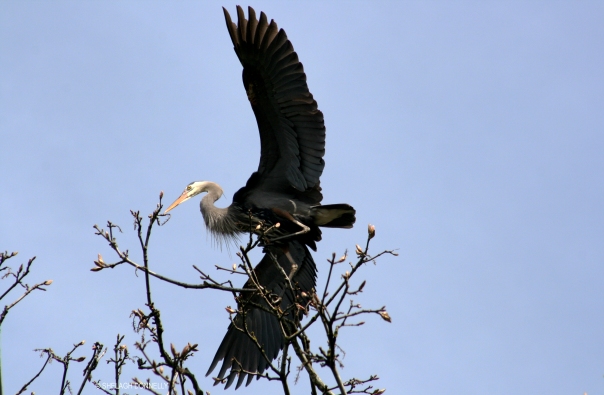 This colony is in Vancouver’s Stanley Park, and is considered one of the largest on the continent. Our local birds have about a hundred nests in this particular colony … 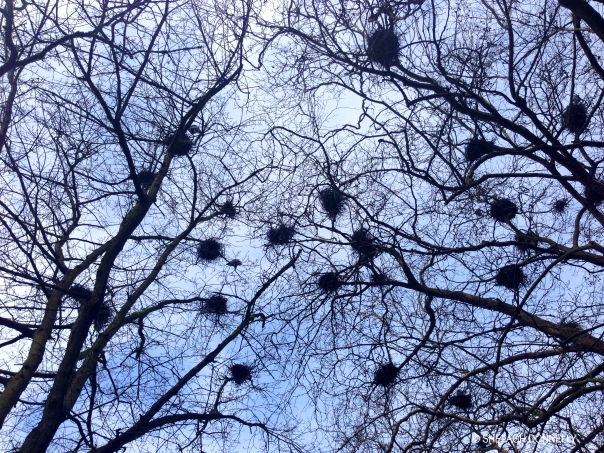 … and hatched 138 youngsters here last year. That’s good news, since the great blue herons are considered at risk in this country. 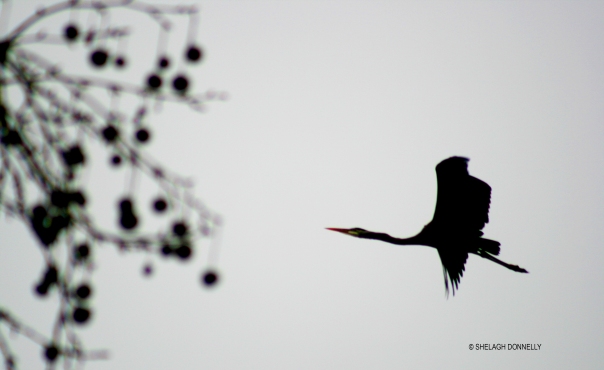 When I arrived at this colony today, it was a grey, dull day and so the first photos appear as though they’re taken in black and white. 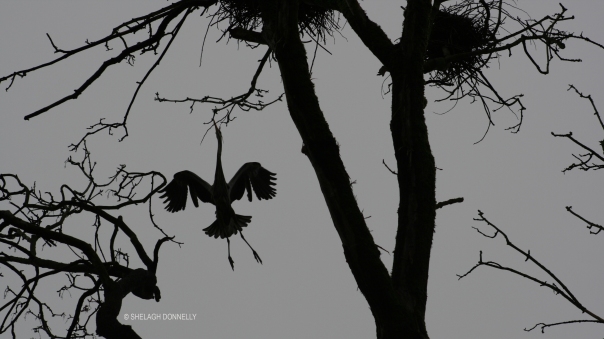 Not so. That’s Vancouver under cloud. However… the clouds drifted away, and you can see the incredible change a half hour or so can bring. 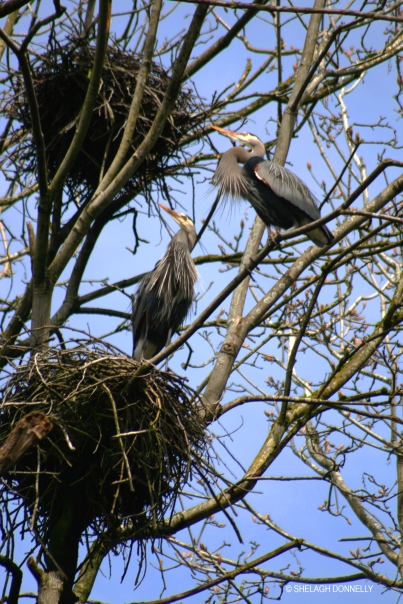 These nests are close to English Bay, in Vancouver’s West End. 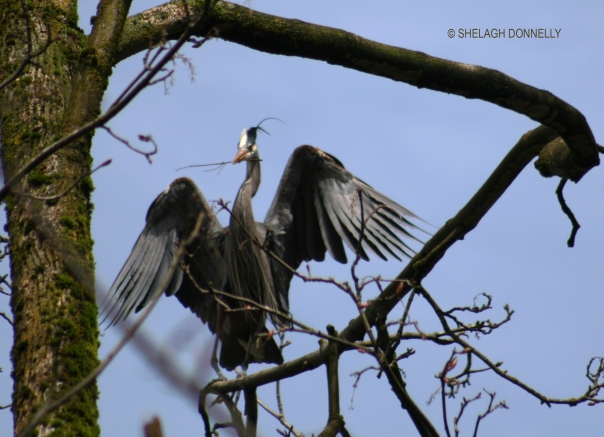 Every few minutes, you’d see a bird emerging from the cluster of trees and make a broad sweep (often toward the water) before returning with another twig for the nest. It turns out that it’s typically the male who does most of the twig collecting. 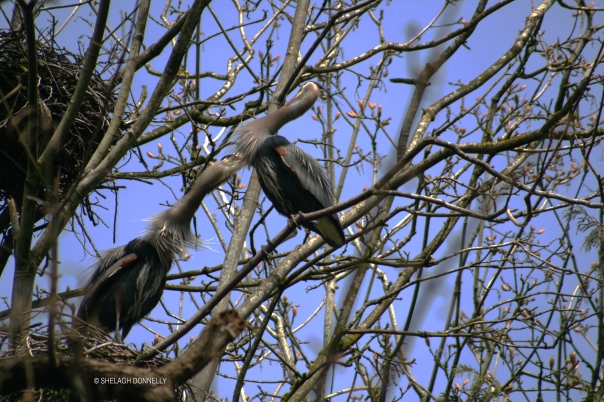 Some nests were noisier than others, and what I originally mistook for aggression is apparently all part of the herons’ courtship ritual. 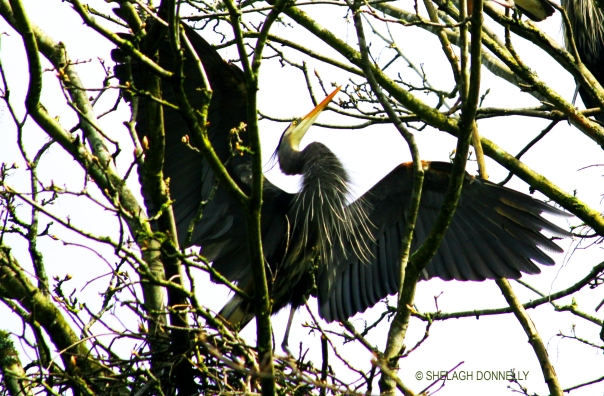 According to the Cornell Lab of Ornithology, the fluffing of feathers and beak-bashing (properly known as “clapping” their bills) were all just part of a few pair of birds settling in to their 2017 nests.

Here’s to a great year ahead for the herons and their fledglings! If you’d like to watch their progress, you’re in luck. Herons are known to have nested in this area for 96 years now, and Vancouver’s Park Board has a heron cam that enables you to check in on the members of this partiular heronry. Click here to check it out.

← Sure Signs of Spring
Pedalling through the Blossoms →