… you’ll find boaters soaking up the gorgeous setting. You’ll also find people admiring the Bow Bridge itself from across the lake in New York’s Central Park. It’s a striking piece of cast iron beauty, and only the second cast iron bridge built in the US. Construction began in 1859 and was completed in 1862. 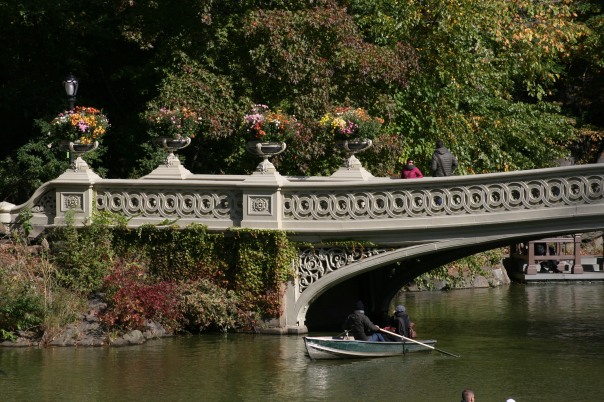 Here, you see great Fall floral displays in four of the bridge’s eight cast iron urns. They’re relatively recent (2008) additions, courtesy of the Central Park Conservancy. The original urns had gone astray by the 1920s, and the eight current urns were crafted based on images of the originals.